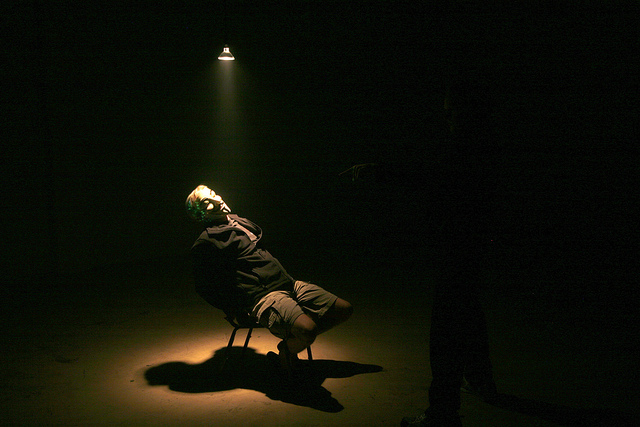 Do detectives know what they’re doing? It’s a question that should trouble not only the police, lawyers, criminals and others involved in the cops and robbers game – but all of us who read, write or watch crime stories.

In fiction, police investigators are often portrayed as highly skilled at getting to the truth. Once they have a suspect in the interrogation room they use guile, know-how, gut instinct and cunning psychological ploys to make the bad guy break down and talk.

The truth, as I’m sure we all suspected, is somewhat different.

An article in Wired reveals how interrogation techniques have developed over the years – and how they have changed significantly in the UK and Canada, with similar changes about to happen in the USA.

Back in the day, the article explains, interrogation methods lacked subtlety:

Until the mid-1930s, police still widely used the “third degree”—that is, torture—to get suspects to talk. Officers across the country hung suspects out of windows, dunked their heads underwater, and hit them. In 1931 a presidential panel known as the Wickersham Commission called atten­tion to the brutality of the third degree. Then, in 1936, the US Supreme Court effectively outlawed the practice with its ruling in Brown v. Mississippi, a case involving three black men who were beaten and whipped until they confessed.

Interrogation methods were changed, with a specific nonviolent method of questioning suspects introduced in 1962, after a manual of interrogation methods was published by John E. Reid, a former police officer turned polygraphy expert. (The methods it outlined became known as the Reid Technique). In the book, Reid likened the detective to “a hunter stalking his game.”

The manual gave rise to a new archetype: the silver-tongued interrogator—someone who, through intimidation and seduction, can get anyone to admit to anything.

It turns out, however, that most police, even detectives, are not so highly skilled. In fact, they are barely trained:

“You would think that at a large organization like the LAPD, a large emphasis would be put on developing interrogation skills for their detectives,” says Tim Marcia, reflecting on his own haphazard indoctrination into modern interrogation technique. “To be quite honest, we go to an 80-hour detective school, and probably about four hours is devoted to interrogation.”

While styles fluctuated somewhat, the basic outline of the Reid technique remained intact. And the most consistent thing over the years? No matter what detectives did with a suspect in the interro­gation room, they were convinced they were doing it right….

The trouble with modern interrogation technique, as Marcia would learn, is that, despite its scientific pose, it has almost no science to back it up.

Ouch. Detectives across the USA – and doubtless much of the world – were using dodgy theories that were untested and wouldn’t pass muster in a noir spoof where the detectives are supposed to be clueless idiots.

“The case turned Hollywood detective story tropes on their heads.”

The method basically amounted to asking a few preliminary questions, getting a feel for the subject’s body language – twitches and ticks and so on – then moving on to the harder questions and seeing how they reacted. Once they think they know the truth, they then use tougher psychological tricks to grind down their suspect. The results were a deluge of wrongful convictions and false confessions – some voluntary from attention seekers, some coerced and some ‘persuaded’, where the detectives have effectively implanted false memories in an impressionable or mentally impaired suspect. 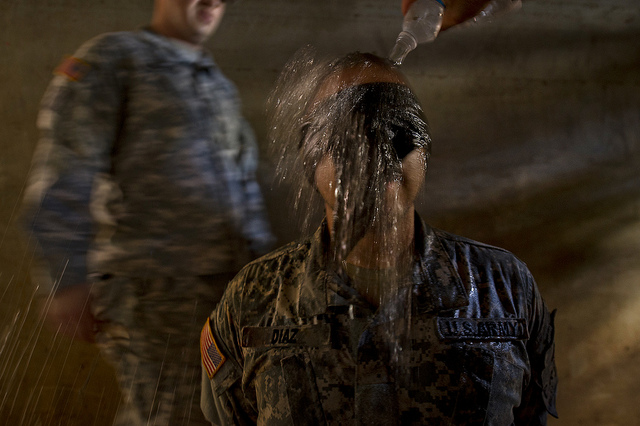 In the UK and Canada, less confrontational methods of interrogation have been in place for a number of years – focusing on getting the suspect to tell their story. The interrogators are not allowed to lie to the suspect, and they avoid ‘yes’ and ‘no’ questions, focusing instead on obtaining an accurate account of what happened.

The style of interrogations in the USA is now about to undergo a major change. The changes  are being led by the HIG – the High-Value Detainee Interrogation Group set up by President Obama to investigate more effective ways of questioning terrorism suspects. The HIG involves teams from the FBI, the CIA, and the Pentagon. Their methods are based on behavioural science and proper research, with an emphasis on ‘rapport building’ and being as non-accusatorial as possible.

The Wired article examines how the new techniques were used in LA on a notorious unsolved murder case.

From start to finish, people covering the case had been scarcely able to resist pointing out, in some way or another, how like a movie it all was. But what no one outside the LAPD really realized was just how much the case turned Hollywood detective story tropes on their heads. The interrogation room was a pleasant midrange hotel suite. And the hard-boiled detectives, despite looking like cops straight out of central casting, were working from an entirely new script.

“The hard-boiled detectives, despite looking like cops straight out of central casting, were working from an entirely new script.”

What all this means for fiction is that policing methods have changed or are changing – and crime stories  set in the present day will need to reflect that. The problem, of course, is that these non-confrontational techniques are less dramatic. It’s better television to have the detective threatening the suspect, slamming fists on the table, yelling accusations, storming around the room, throwing coffee cups. Lying. Beating up the bad guy.

None of that is going to be happening any more. At least, that’s the theory.

One of the most interesting developments in all of this might be to see who changes first – and who resists change the most – the police or the story tellers?

Feel like you’re howling at the void? Maybe it’s only the “gulf of disapproval”
It’s a dog’s life