I’ve so far published thirteen novels, two novellas (‘Wild Jack’ and ‘Cult Following’, which is a prequel to the Capgras novels) and a collection of short stories (‘The Broken Road’). Some of the short stories have also been published as stand-alone offerings.

A modern day series of literary crime thrillers with a hint of politics and a twist of satire.

Cult Following (No Faith To Lose) – fresh out of prison for possession of state secrets, maverick reporter Tom Capgras investigates a sinister cult responsible for a sarin gas attack on the London Tube. To gather proof, prevent more attacks and rescue his ex, Tom must risk his life, sanity, freedom, morals – even his innocence. (A prequel novella)

Blood Read (Publish And Be Dead) – it may be true what the mysterious, alluring Kiera Roche says – that “ambition makes monsters of us all” – but would a washed-up mid-list mystery author really turn serial killer and murder his way across the London book-world, solely for publicity, all to sell his latest blockbuster? Crime reporter Tom Capgras must get to the truth, before the killer gets to him.

Cold Monsters (No Secrets To Conceal) – Firebrand reporter Tom Capgras discovers a secret Government surveillance project – the ‘Apostle’ algorithm. In time of crisis, it decides who lives and who dies. He holds in his hands the scoop of a lifetime but the state will kill anyone to prevent a leak – and Capgras is in their sights.

Lost In Thought – A secret that could change the world is lost inside Richard Trescerrick’s comatose mind. The only hope – the Brainscape device, an experimental mind-link technology and doorway to the subconscious. Estranged son Luke risks his life and sanity on a mission to wake his father, retrieve the algorithm, unmask a killer and expose a conspiracy. But in the labyrinth of the Brainscape, death is real. Enemies lurk behind every memory. Secrets spawn riddles wrapped in metaphor. Stories come alive. And monsters are made flesh.

Ball Machine – the Inside Story of the Lies, Seductions and Sporting Triumphs of the Android Vitas Rodriguez – built as a glorified ball machine, Vitas Rodriguez is the world’s most advanced android – strong, fast, tireless and smart. He knows how to learn. And he loves to win. A novel about tennis, robots, the meaning of life – and the world’s worst soccer team.

Monster Hunters of the Undermire – charging over the moors in a wild storm, Robbie Callahan falls into a deep black pond with water that drags him down as if bewitched. He finds himself in a hidden celtic underworld – The Undermire – enclosed by an uncrossable barrier created by the magic of the druids. A witch tells Robbie there’s no way home, not unless he rescues a mysterious girl imprisoned in a deep dungeon at the roots of a far-off mountain and guarded by a terrifying monster.

Outlivers – in a city ringed with fences, choked by surveillance, a privileged, elderly elite owns everything – and everyone. Chosen as a ‘companion’ for a 200-year-old man, 17-tear-old martial arts prodigy Theia McKai faces a stark choice – submit to the desires of a monstrous old man or fight back and endanger everyone she loves. A dystopian adventure thriller for adults and young-adults.

In the Wreckage (A Tale of Two Brothers) – in a world ravaged by climate change, two brothers stow away on a tall ship headed for the melting Arctic, chasing revenge, redemption, runaway parents – and priceless buried treasure.

Wild, Hugo Wilde – Fourteen-year-old Hugo runs away from a foster home and tries to live wild on Dartmoor.

Doguar and the Baboons of War – A story of armed baboons, ancient riddles, and a genetically enhanced talking dog with a human neo-cortex. Airedale Terrier Doguar possesses with near-human intelligence. But is he smart enough to escape the clutches of the evil genetics corporation? Can he stop plans to create a slave race of genetically enhanced animals? Will he defuse the time-bomb in his own DNA? And can he save his beloved Ruby from the men who want to dissect her brain? A biopunk adventure for middle graders, young adults and adults alike.

Prehistoric fiction series: ‘A Tribal Song – Tales of the Koriba’

One of the main ideas behind the series is that the tribe featured, the Koriba, will eventually migrate out of Africa, bringing technological and cultural advances with them and spreading these across the Earth. This is a process which will, clearly, take thousands of years. So it’s a multi-generational story on an epic scale. Time is on my side, in one way, because the series begins 43,000 years before the common era. Lots of room to play in.

On the other hand, there are potentially a lot of books still to write…

The Dry Lands – a prehistoric tribe is left isolated by a changing climate. Temfe, the son of the chief, sets out to find a new home, and a way across the encircling desert. Book one of ‘A Tribal Song – Tales of the Koriba.’

In the Rattle of the Shaman’s Bones – as death stalks the hunting grounds, striking at the elders, the leaders and the wise ones, can Temfe unite the tribes and lead them across the desert? Can he save his father, poisoned and dying, his spirit lost in shadow? Should he trust Yorodjan, the disfigured, one-eyed seer who worships the death birds and who flies as a vulture in the other-worlds? To save the Koriba, Temfe must learn the ways of the shaman, walk the vision-worlds, defend the ancestors and defeat a murderer who wields malign power. Book two of ‘A Tribal Song – Tales of the Koriba.’

The Fire Within – in the heart of Africa, 43,000 years BCE, the Koriba begin their long trek north. The young chief Temfe follows the route taken by his allies from the Baroni tribe. But news reaches them of a fierce people that lives beside the river. Monsters, the stories say, men like beasts who slaughter any that cross their lands.

Ancient Quarrel – the love of Arom and Lajula is forbidden by the rules of her tribe. Duty holds her back. Loyalty to the Koriba calls him away. A timeless love story set in the stone age. 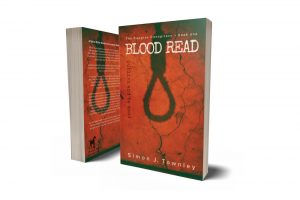 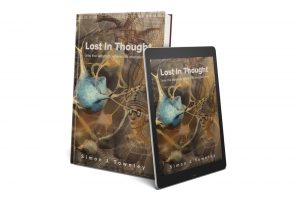 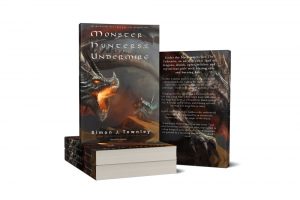 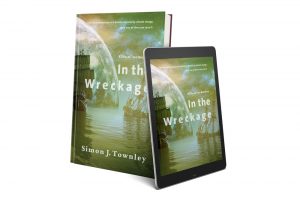 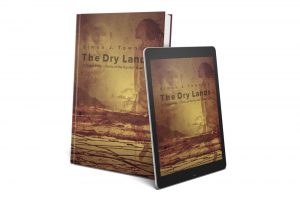 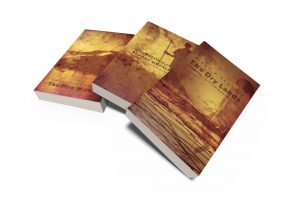