Medical advances have brought extended long life – but only for the elderly elite.

The outlivers, hundreds of years old, hoard their wealth and cling to power, refusing to die.

The old live in luxury, while the young work like slaves. London festers, a stagnant city ringed with fences and choked by surveillance. 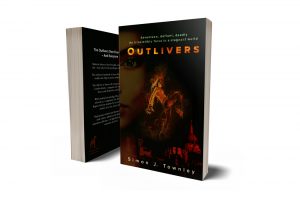 Seventeen, defiant, deadly – an irresistible force in a stagnant world

When martial arts prodigy Theia McKai is selected as a ‘companion’ for 200-year-old Rupert Geryon, minister for security, her every instinct is to run, resist, refuse.

Hypnotised, tortured and beaten, she faces a stark choice: submit to the desires of a monstrous old man – or fight back and endanger everyone she loves.

Set in a dystopian near-future, ‘Outlivers’ is an adventure thriller for adults and young-adults alike.

Get print or ebook versions on Amazon (universal link)

A universal link to a variety of stores

An interview given to a book review website when the book was launched. 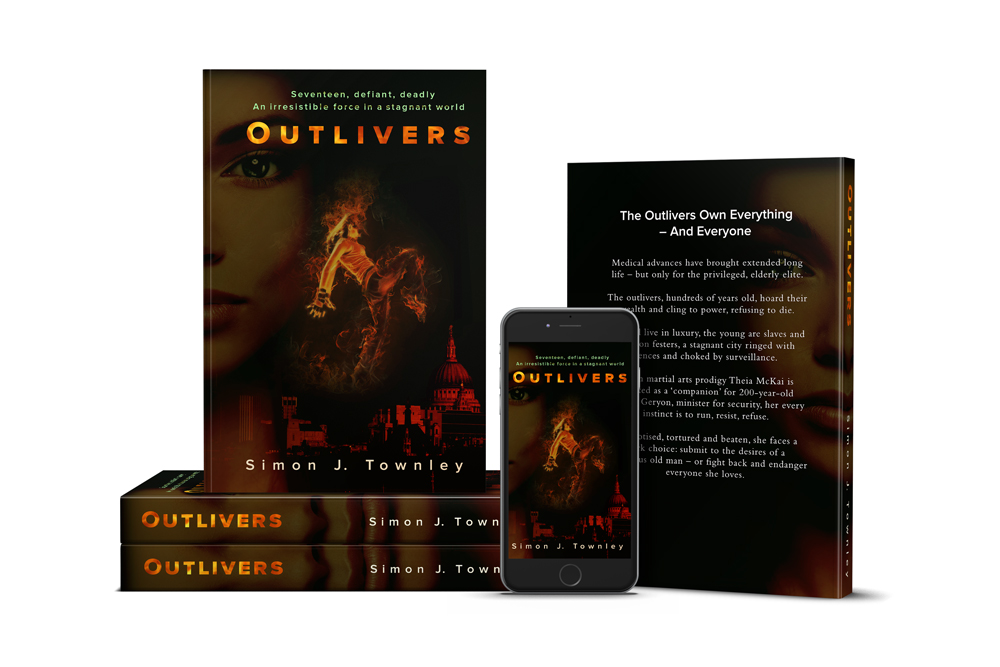