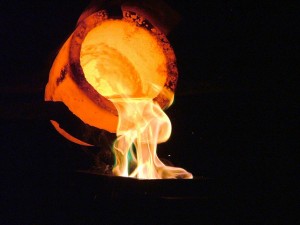 Why don’t people move out of bad neighbourhoods, or get the heck away from war zones?

For many reasons. There are ties that bind us to people, places, organisations and situations. You don’t abandon friends and family lightly. You stay through a sense of loyalty, duty, familiarity, laziness – or something as powerful as love. People will walk into horrific danger and face death rather than betray an ideal, break a promise or let down colleagues.

You might stay in a job you hate through fear of poverty or unemployment or because one week without the pay check would hurt those you care for.

“Characters caught in a crucible won’t declare a truce and quit. They’re in it till the end.”

You and I may love our homes, but if an earthquake was coming, or a volcano was due to erupt or a nuclear plant was about to blow up, we would would doubtless up and move. Yet it’s not hard to imagine a person so bonded to a landscape or sense of place that they would rather die than ever leave. What a character that person would make for a story…

Most people would flee an oncoming disaster, yet some rush towards it in the hope of helping others. It’s not that those two people are fundamentally different. One is not a coward and the other a hero. The one fleeing might be a young woman with a child in her arms whom she must keep safe. The one rushing towards danger might be a firefighter in protective clothing performing the duties for which he has been paid and trained.

Everyone has their story. Every situation has nuance behind it. That complexity is part of life, and something which writers of fiction frequently explore. They must – because ultimately all storytelling has to establish the crucible in which the characters exist. The crucible is the situation keeping the characters circling each other so that they can’t simply walk out of the story and pronounce: “I’m not doing this anymore.”

Look at any successful work of fiction and there will be a crucible holding the characters together. Many  works of fiction choose to explore these ties and it is one of the great themes of world literature.

“A crucible is an environment, emotional or physical, that bonds two people.”

Robinson Crusoe is trapped on his island: he can’t leave. That is his crucible (though some might argue that it is a closed environment – which I regard as a subset of the crucible). In other stories, the same function might be performed by the expectations of parents, the rules of society or the distance to the nearest town. In Flaubert’s Madame Bovary, the crucible is an unhappy marriage – at a time when divorce was impossible.

In a horror movie, the hapless teenagers are trapped in a cabin in the woods, surrounded by the wild wood, the darkness and the dangers that lurk within it. Plus, their car usually won’t start or has run out of fuel or something similar. A writer creating a story knows, even if only subconsciously, that he needs a way to bind all the participants together. He must remove all the escape routes. The characters must be committed to the story, unable to leave.

Countless episodes of Star Trek feature malfunctions of the communicators and the teleporters, so that the characters who have beamed down to a planet and now find themselves in danger can’t simply beam back to their ship and sort it all out from the comfort of the captain’s chair. The teleporter is a wonderful device for delivering the characters into the story, but it creates a huge problem for the writers. It’s an easy way out. It has to be disabled.

Time travel stories in particular suffer from a porous crucible. Why not go back and change events? Or go forward to a time after the crisis? Or something… there are so many possibilities, so many ways to change what has  happened or avoid what might be coming. The first thing the writer of time travel fiction has to establish is the rules that keep the people locked inside the story world, so that the tale can play out.

“a situation of severe trial, or in which different elements interact, leading to the creation of something new.”

If a story has a weak or porous crucible it may feel as though it has a gaping plot hole. Often, this may simply nag at the back of the reader’s mind. In the thriller, why doesn’t the all action hero get proper help? In the whodunit, why doesn’t the investigator call the police? Or if he is the police, why doesn’t he get a proper team on this case once it becomes clear the scale of the crimes involved? There may be good reasons, but the writer must show them. In a romance, love binds the two people together, though sometimes we’re left wondering why one or even both of them don’t give up on this and find someone more suitable. That tension, the possibility that they could do just that, creates  conflict in the story. The crucible must hold the characters, but the possibility of finding a way out might be what motivates them to action.

A plot hole, then, can be thought of as a crack in the crucible, a hole through which one or more of the characters can escape.

“In ordinary parlance a crucible refers to a vessel in which different ingredients are melded in white hot heat. The word has come to mean a severe test, which leads us to its use in plotting fiction.

“Characters caught in a crucible won’t declare a truce and quit. They’re in it till the end. The key to the crucible is that the motivation of the characters to continue opposing each other is greater than their motivation to run away. Or they can’t run away because they are in a prison cell, a lifeboat, an army, or a family….

The crucible is what holds all the elements of the story together. It’s the “pot, or the furnace” in which the drama is “boiled, baked, stewed or hibernated.” 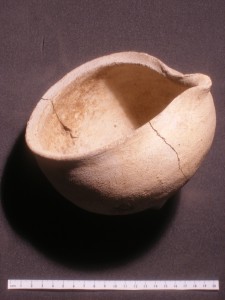 crucible |ˈkruːsɪb(ə)l|
noun
a ceramic or metal container in which metals or other substances may be melted or subjected to very high temperatures. the crucible tipped and the mould filled with liquid metal.
• a situation of severe trial, or in which different elements interact, leading to the creation of something new: their relationship was forged in the crucible of war.
ORIGIN late Middle English: from medieval Latin crucibulum ‘night lamp, crucible’ (perhaps originally a lamp hanging in front of a crucifix), from Latin crux, cruc- ‘cross’.

James N. Frey in ‘How to Write a Damn Good Novel’ says:

“Think of the crucible as the container that holds the characters together as things heat up. The crucible is the bond that keeps them in conflict with one another.”

“Characters are in the crucible to stay if their motivation to continue in conflict is greater than their motivation to run away from the conflict. You know you have failed to put your characters in a crucible if your readers are apt to ask questions like: “Why doesn’t the knight just go home and forget about slaying the dragon?”

“Without a crucible to contain the characters there can be no conflict, and without conflict there is no drama. Any time you put your characters in a crucible, the antagonist and protagonist, for their separate reasons, are committed to continuing the conflict until there is a final resolution—until the marriage takes place, the battle is won, the fortune is divided, the pirates have been sent to the briny deep, or whatever.”

In our lives, we are all entangled in a web of different crucibles: jobs, marriages, relationships, religions, duties, places. In many ways, our crucibles define who we are and how we live our lives. But we have choices. We can leave people, places, jobs – though it’s rarely easy. One thing  stories can tell us is how other people might deal with their crucibles – how they might resist or submit to the ties that bind them. Watching how fictional characters deal with life’s problems, and learning lessons for our own lives, is one of the driving forces behind all story telling.

A story needs a crucible to hold the characters together in conflict. If we understand that structural element of fiction, then as readers we are better placed to know why some stories work and others don’t. Or to understand why certain stories move us and live in our imaginations more than others. If we are writing reviews of the books we’ve read, or talking about them with friends, understanding the crucible (and other techniques of storytelling) enables us to better articulate why we appreciated a certain book or film, or why it left us flat and feeling as though there was a hole in the plot, where the meaning leaked out.

If you are thinking of creating a story of your own, you’ll need many elements, including characters, events, a plot, a structure, a protagonist and an antagonist, conflict, of course, ideally on every page… the list goes on. It’s a long list. One of the vital elements, however, is the crucible, the container which holds all the other elements together so they can react and be melded in that white hot heat.