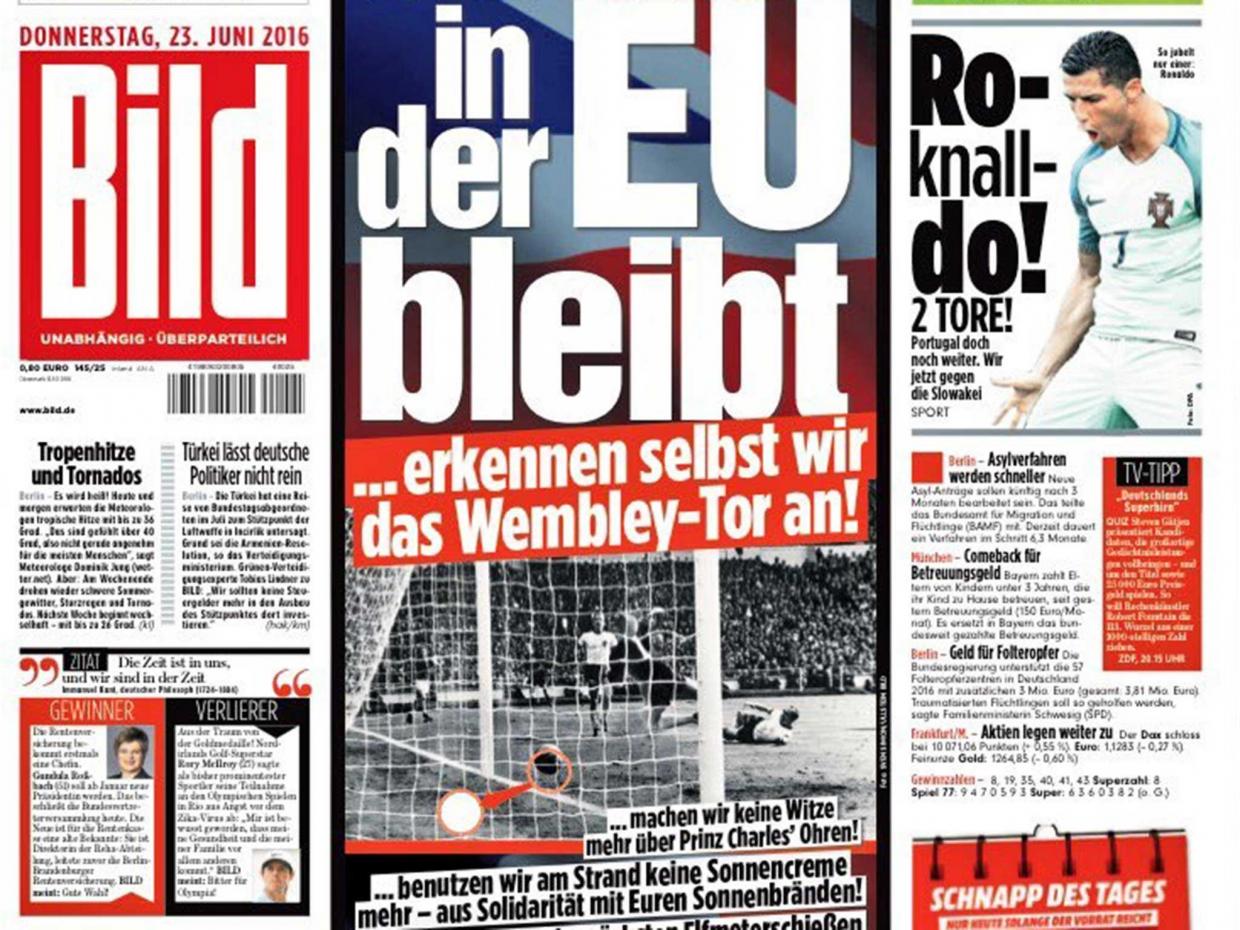 A German newspaper today turned a deeply unsettling and at times bitter, angry and aggressive debate around the UK’s future in Europe completely on it head. How? By being genuinely and disarmingly funny, and in the process shattering one of the main stereotypes or preconceptions the insular British have of the Germans – that they have no sense of humour.

Bild, Germany’s top selling tabloid, appealed to the people of Britain to stay in the EU. If it we did, it promised, then it would finally (finally!) acknowledge that Geoff Hurst’s winning goal in the 1966 World Cup final really did cross the line. The paper also made a solemn promise that next time England and Germany meet on the soccer pitch and it goes to a penalty shoot-out, then they would play without a goalkeeper. Presumably they are confident that they would still win – and they might have a point.

Bild also suggested that Germans would stop using sun-cream, in solidarity with the sunburnt Brits, and would even allow us to use the deck-chairs occasionally.

The paper also offered an EU guideline that bans froth on beer if Britain votes to remain.

Why has it taken so long for someone to inject humour into the debate?

Especially when it such a powerful weapon.

But the thing is, they may think it’s only a joke but we have long memories and we’ll hold them to their promises. No goalkeeper next time, no froth on the beer, and no towels on the deckchairs. You gave your word.

Tolerance, like all things, has its limits
The futility of time travel and trying to change the past