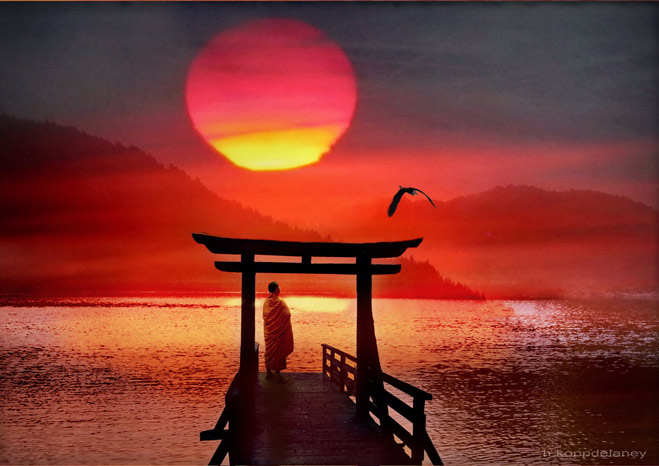 To master the craft of writing, you need the right approach and the right mindset. It’s no different to mastering archery, or martial arts, or tennis.

You don’t dabble at it, jumping like a monkey from one project to another, never settling down for the long haul. The dabbler doesn’t finish things, doesn’t see them through. Once the initial thrill has worn off, once that first enthusiasm has gone, once the excitement has given way to hard work, they get bored and restless and mooch off to something else that has caught their attention.

“The way to succeed is to master the process. That means practicing the fundamentals, every day.”

The dabbler probably has dozens of books they almost started, or never finished. Or they might have a string of blogs they own, but hardly ever post to. (I know, I know, pot and kettle. Be quiet at the back).

They want to learn, but in the end they hit the plateau where they are working hard but they don’t seem to be making breakthroughs or getting any better. They look at the short term and they don’t see anything happening there. The dabbler is always looking for a breakthrough, the next big thing, but will probably never master the craft of writing – or any other craft for that matter. Unless they have a change of mindset.

Then there’s the stressor – the person who throws themselves at a project, determined to get it all right, to learn everything, to control everything, leaving no stone unturned in their determination. They charge at it. They read everything, buy every piece of kit or software they can find. They do all the self help books and writers’ groups. They read all the forums and the blogs (except this one. No one reads this one).

Stress can do that to you. What you need is a change of mindset.

The way to succeed is to master the process. That means practicing the fundamentals, every day.

The basics of writing – keep at it. The stuff you already know, the things you can already do, you need to make sure you can do them perfectly.

Yes, perfection isn’t possible in writing. But the principle remains. Just as the zen archer will perfect the art, not of hitting targets, but of picking up the bow in precisely the right way, so the writer perfects his craft by paying attention to the details. By getting sentences right, whole paragraphs.

By being in the right frame of mind to write.

By being patient, and going slowly, and going in the right direction, steadily and with a calm assurance.

Daily consistent action towards getting something written.

The danger of taking anyone or anything – even words – at face value.
The story octave (in the key of C)