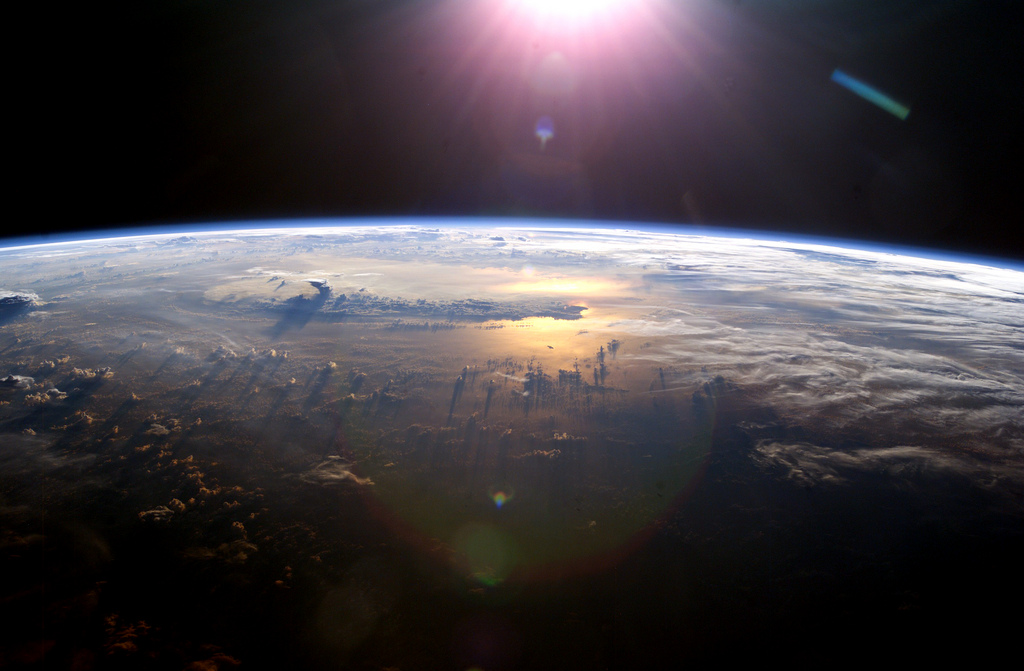 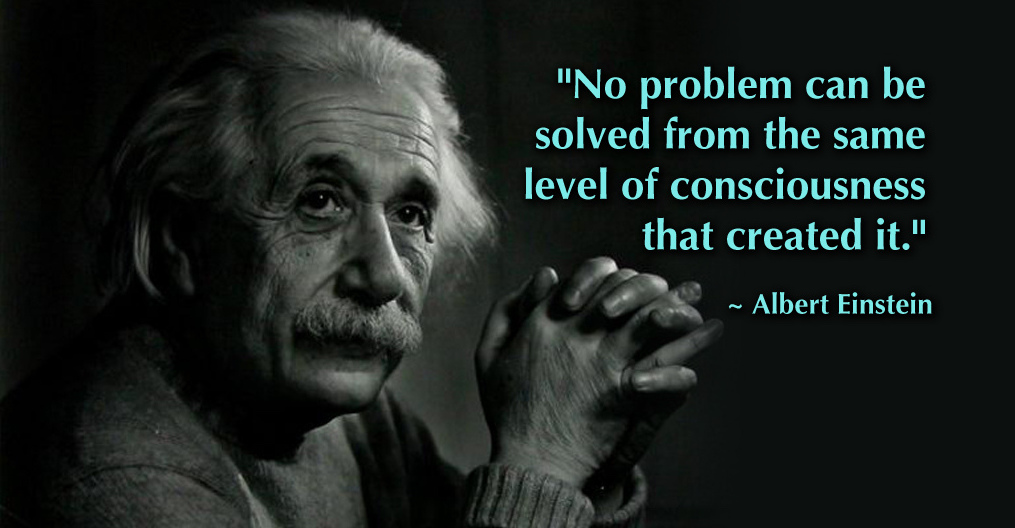 Consciousness is notoriously difficult to define and pin down. We all know roughly what it is, because we will live within it. It is our lives. Our selves. It is strange and mysterious, yet commonplace and intimately familiar at the same time.

There are still countless questions around consciousness and how it is created that have not been solved by scientists or philosophers. However, I discovered a fascinating aspect of consciousness while researching my sci-fi / speculative fiction tale Lost In Thought.

The book involves a group of characters attempting to wake a coma patient. They use a far-fetched, fictional mind-meld machine, developed for computer gaming purposes, to enter the patient’s mind and interact with his personality and memories. What I discovered while researching some of the neuroscience around comas was a clue as to how consciousness is created and evaporates on a daily basis within our brains.

“As we fall asleep, the connections between different parts of the brain begin to fall silent. As we wake, these connections are restored.”

FMRI machines reveal there is still activity even in the deepest sleep. Critically, however, as we fall asleep, the connections between different parts of the brain begin to fall silent. As we wake, these connections are restored.

So, what if scientists really could create a ‘mind-meld’ machine? What if they used it to link together the minds of dozens, or hundreds, or thousands, or millions of human minds? 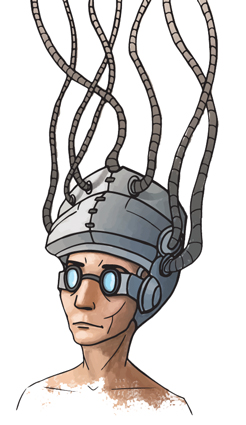 Could those linked minds create a consciousness greater than the sum of the parts? And if that did happen, would the individual parts be aware of what had happened? Would it be possible to measure the newly created consciousness, or communicate with it? Or even know for sure that it was there?

There is no way to detect consciousness except by observing it in action. We know a man is conscious because he is awake and talks and makes decisions. But a consciousness created by a thousand minds connected together might be disembodied, unable to act in a conventional way or to make itself known to us directly.

Now, we could ask if that far-fetched, non-existent mind-meld machine is actually needed. You could argue that a machine that connects minds has already been invented. It has often been pointed out that the internet, with its billions of complex connections, acts in ways similar to the human brain. It connects minds. At his moment my brain is communicating with yours across the internet through a tangle of connections that we couldn’t unpick, and don’t need to understand, because the message gets through. Could this one day mean that the internet could represent a form of consciousness?

So far, so Matrix – and this is, perhaps, a narrow way of looking at things. Too small a picture. There’s nothing that special about the internet. It is only one aspect of human connection. We could add television and radio to the mix, books and newspapers and scientific papers. Letters, text messages, conversations. The eyes of lovers meeting in a glance that speaks volumes with no words needed. Love making. Laughter. A story read at bedtime to a young child. The internet is only one aspect of the human connectome – the prefrontal cortex, perhaps – new and ultra-smart and offering exciting potential.

Could all that human interaction create a layer of consciousness independent of the individual parts, and perhaps unseen, unnoticed and unknowable to the people whose lives are lived under its umbrella?

Or is this picture still too small? Human life is connected to all life on the planet – not in some ‘woo-woo’ mysterious manner but in common sense, rational ways. The trees and plants are rooted into the same ground on which I stand. I can reach out and feel the leaves on a tree, the roughness of the bark. The air I breathe as I type this contains oxygen that was released from carbon dioxide molecules during photosynthesis perhaps by this very tree. Connections are everywhere. The natural world is a connectome. So once again – could it create consciousness?

How would we know that it had – or hadn’t? That makes the idea unscientific because it can’t be tested – at least not until we know a lot more about consciousness, what it is, how it works and where it comes from.

And talking of ‘unscientific’ – the flaw in all of this, of course, is the leap made above – from the specific connections between neurons and parts of the brain, which have evolved to create consciousness, to a much more vague and generalised ‘connection’ between people, lifeforms, nature etc.

However, there are examples of connections outside of the brain creating something that certainly resembles a group consciousness – in ant colonies, for example. 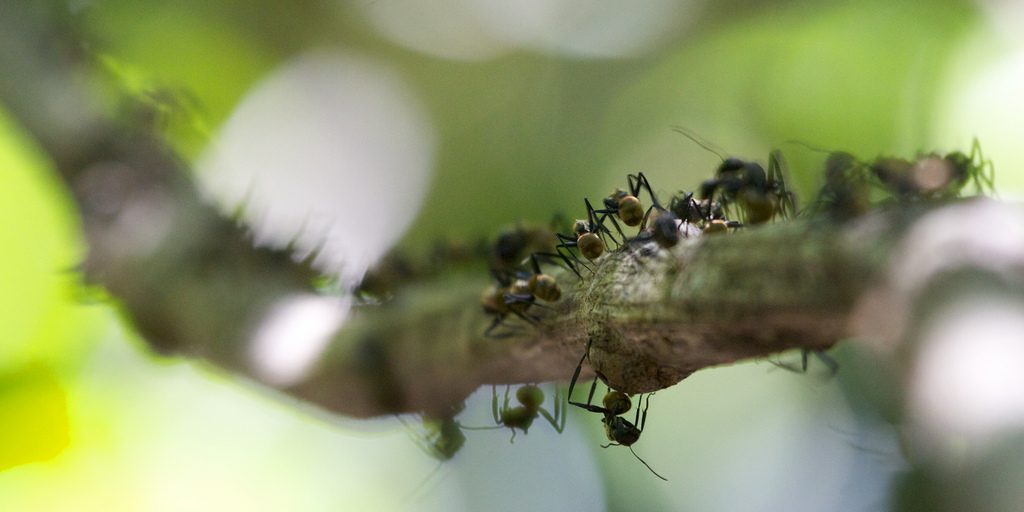 The ability of creatures such as ants and bees to act as one has been dubbed ‘swarm intelligence’ – something which may go some way to explaining the behaviour of crowds.

But could it really be compared with consciousness as we know it? The problem is – we don’t know. Our own experience of consciousness is extremely limited and, often, very narrow minded. There is an assumption from the more prickly scientific set that only human consciousness as they experience it counts. Fair enough. It may be all you can do on a scientific level, especially with something as insubstantial as consciousness. 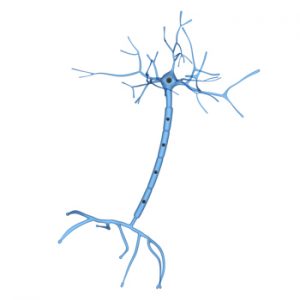 And I can understand the urge to dismiss all possibility of the idea, I really can. Because there’s a worrying thought in all of this, especially for someone who has considered himself a lifelong atheist. Does this mean that not only could a ‘higher consciousness’ – a God or Gaia exist – but that actually it’s quite likely, even logical?

It wouldn’t be the god envisaged by religious fundamentalists, of course – not the Creator, but the created – made by us, and the life around us. It would mean that we are all small parts of something much, much bigger. But we might never know for sure, and it might be impossible for us to comprehend what it is we contribute to – just as a neuron in my brain isn’t me. It’s part of me, but by itself it isn’t what we would call conscious and never can be.

Not only will the poor neuron never understand what it means to be conscious, it will never be aware that there is anything to understand in the first place. All it will know is its own activity, and the activity of the other neurons surrounding  it.

My conclusion? (With a shrug…) Let the dance of life go on.