Author Q & A with Tahlia Newland talking about her latest novel ‘The Locksmith’s Secret.’

For the first ever author Q&A on this site, I have invited the supremely talented Tahlia Newland along to tell us about her latest novel. So here’s me with the questions and Tahlia with the responses.

Tahlia, welcome – I hear you have a new book out. Could you tell us about it? 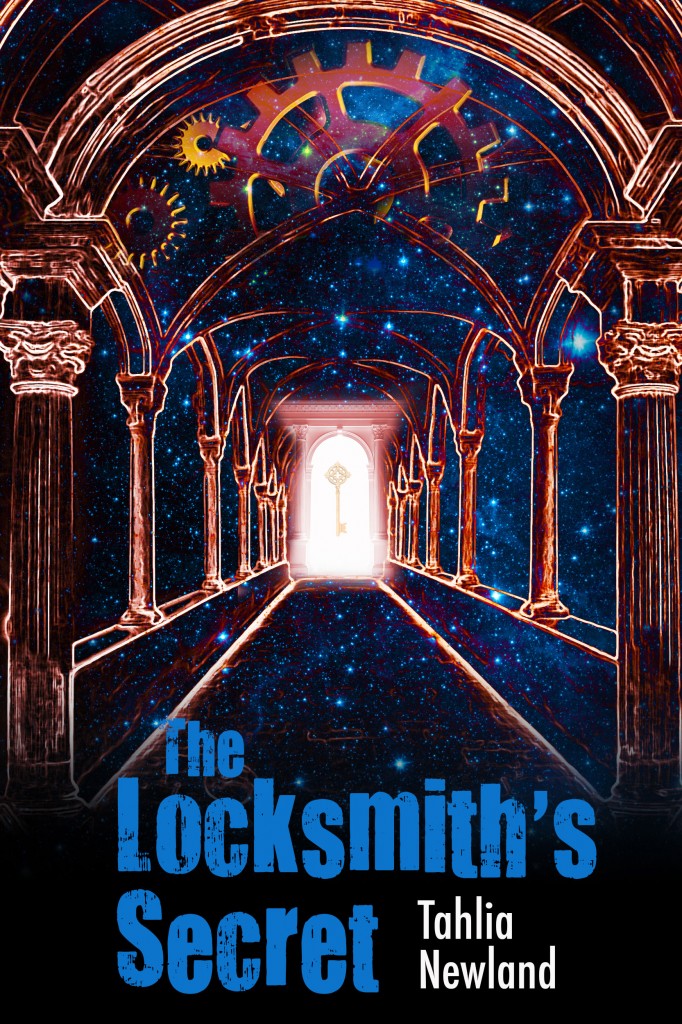 The Locksmith’s Secret is a multi-narrative-strand magical realism novel about a woman who finds that her boyfriend is not who she thought he was, and she finds herself having to choose between him and her beloved property in the Australian rainforest – a situation that challenges her ability to live up to her Buddhist ideals. The story looks at sexual abuse, women’s rights, and the various aspects of a person that make up their sense of self, including dreams, memories, past lives, creative expression and metaphysical experiences. The themes are explored from these different angles, one of which is a steampunk murder mystery that the protagonist Ella, an author, is writing.

It’s part of a series. Should readers begin with book one?

Though it is the second in a series, it’s a completely different story and can be read without having read the other one. You could read this one first and the first one second.

Lots of people releasing books these day – what would you say makes your writing distinctive and different to the rest?

I think it’s my mix of fantasy, reality and metaphysics, particularly the emphasis on mind as the creator of our reality. Even my fantasy is often an analogy for something real. Even though they’re fiction, my books can actually help readers to understand and work with their minds.

What genres do you write in and why?

In general you can call what I write magical realism because my books always have both magical and real elements. I guess it’s because the border between fantasy and reality has always fascinated me. The Locksmith’s Secret has romance, mystery, steampunk and literary fiction all in the same book.  I always like a touch of romance in a story because it’s such a large part of the human condition.

Where do your ideas come from, or what inspires you to write?

My stories just appear vividly in my mind, playing out like movies. I can’t pinpoint any particular inspiration, though for this one, the image of a locksmith creating keys for inter-dimensional doors in an otherwise deserted ethereal city of transparent buildings floating in space was the image that drove me to fill in the story around it.

What kind of reader would like your book best?

Someone who likes a mix of fantasy, reality, mystery, romance and metaphysics, and in particularly someone who likes to be mentally stimulated in imaginative, intellectual and contemplative ways. Also someone interested in the perception various kinds of societies and people hold of women.

I believe you’re indie published. Why did you choose that route for publication?

I’m indie published though my own publishing company AIA Publishing. Why? Because I can’t be bothered jumping through all the hoops required for mainstream publication, and I don’t need the stamp of approval getting a mainstream deal gives you because my Awesome Indies Seals of Excellence proves that my work is top notch. I also like to have control over all aspects of the book and to know that my books will be available for so long as the system lasts. They won’t be dependent on someone else making them available.

Okay, going off at a tangent – what is the most unusual object you possess?

My mind – and I’m not even sure I possess that!

Thanks Tahlia, and best of luck with the book launch.

Ella’s locksmith boyfriend Jamie seems to be her perfect match—at least until a death in the family calls him back to England. While he’s gone, Ella discovers he’s hiding something so astounding that it completely changes her perception of him and his place in her world.

While Jamie struggles with family responsibilities, Ella’s steampunk murder mystery is developing a life of its own, raising disturbing memories of her time as a striptease artist and a past life as a sexually abused Italian nun. She also dreams of an ephemeral city, where she seeks to unravel the locksmith’s secret and find the key that opens a door to other realities.

All these, together with a lost brother, a desperate mother, a demanding cat, and a struggle to live up to Buddhist ideals, weave together in a rich tapestry that creates an extraordinary work of magical realism.

‘The Locksmith’s Secret’ is available at most ebook stores, including:

The book will also be available in paperback towards the end of April 2016. 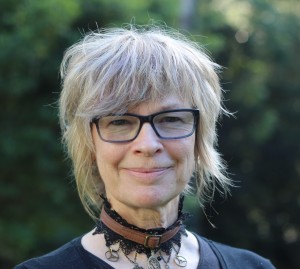 Tahlia Newland has written and published nine books, three of which have won a BRAG Medallion and an Awesome Indies Seal of Excellence. She writes inspirational magical realism and fantasy, and also makes masquerade masks and steampunk hats and accessories. Her wardrobe is full of steampunk clothing which she wears every day because beautiful clothes deserve to be worn.

She works as an editor for AIA Editing and AIA Publishing, a selective, author-funded publishing company. She also co-ordinates Awesome Indies Books’ accreditation service for independently published books. She lives in an Australian rainforest with a lovely husband and two cheeky Burmese kittens.